Happy Star Wars Day! I hope you’re all having a grand time watching the movies…you lucky sods who own the DVDs and the televisions to play them on. All I’ve got is a picture of Han Solo:

…And also this lovely video, which is currently fulfilling two of my needs because “Hamilton: An American Musical” is my latest obsession. If you haven’t listened to the cast recording yet, go do it now. 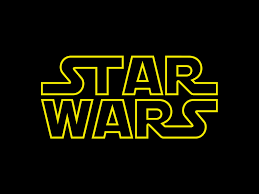 Sorry–I really did mean to start this month’s fandom on May the Fourth, but you know how it is when you have three jobs and a Star Wars marathon to watch. Anyway, the merry month of May will indeed be dedicated to what, for many people, was their first fandom and their earliest introduction to the whole sci-fi genre. This franchise is such a fixture in Western culture that it’s not even all that “geeky” to own a Darth Vader t-shirt or say you’ve watched Star Wars X amount of times. It’s just kinda normal and expected, like an unhealthy obsession with football. You’re only a true Star Wars geek if you know the species and backstories of all the creatures walking by in the background, the names of all Luke Skywalker’s kids, and what exactly a “parsec” is. (It’s a unit of distance equal to 3.085677586 x 10 to the sixteenth meters–which raises all kinds of questions about the Falcon’s kessel run.)

Now, before I post anything about this fandom, I must make a disclaimer: I have not read any of the books in the Expanded Universe, except a few Jedi Apprentice novels when I was a kid, nor do I play video games (SW-related or otherwise). I did watch the prequel trilogy years ago, but I have been trying to forget about it ever since. For me, Star Wars is the original trilogy–the one my parents grew up with, starring my soulmate Han Solo, made in the days when the innocent ears of sci-fi lovers had not yet been sullied by the words “Jar Jar Binks.”

So you may say I’m not a full-on Star Wars fan, and you may be right. But I’m sure my love for the movies that first led me to look up at the night sky and imagine all the worlds that could be waiting in a “galaxy far, far away” is enough to rival that of any “true” fan.

Plus, did I mention Han is my soulmate?

This month, look for fun and games relating to the original Star Wars trilogy, its characters and worlds. Also look for speculation about the upcoming EPISODE VII (!!!) and perhaps–perhaps–a few forays beyond the core of the galaxy and into the EU. Stay tuned!