You may be wondering where I’ve been for the last month. For once, the answer isn’t “in my house, being lazy and watching copious amounts of TV.” No, this time the answer is much more exciting. I was touring the UK and Ireland on a three-and-a-half-week solo trip. I’d never been to those particular islands before, unbelievably, so it was a wonderful experience. And a nerdy one. Because most of the places I went out of my way to see were somehow related to my favourite books, movies, TV programmes, etc. And if I learned anything from this trip, it’s that the UK is a fabulous place to be a nerd.

Here are some of the geeky highlights of my adventure:

Platform 9 3/4 in King’s Cross Station (which looks nothing like it did in the movie, by the way).

The modern London home of a certain famous detective. It’s not on Baker Street. I found it completely by accident.

And here he is on actual Baker Street.

The Globe in its glory. (Albeit a bit blurry.) 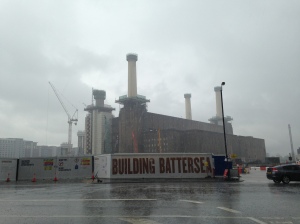 Any other Pink Floyd geeks out there? This is the building that was on the cover of Animals! 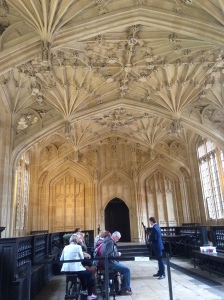 This is the first floor of the Bodleian Library, the most beautiful building I have ever set foot in. Also known as the room where McGonagall taught dancing in Goblet of Fire.

It’s also the Hospital Wing. And the upper floor is the Hogwarts Library, but I wasn’t allowed to take pictures there.

The Eagle and Child! Home of the Inklings! SQUEEEEE!!

The town of Oxford is, fittingly, home to the hugest bookstore I’ve ever seen – Blackwell’s. 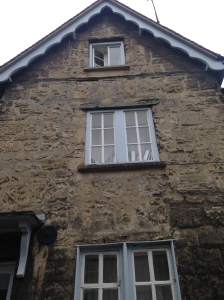 This is the house where Tolkien wrote The Hobbit!

By the way, no words, or pictures, could even begin to capture the utter awesomeness that is Oxford. Even if you’re not as huge a fan of Tolkien and Lewis as I am. It’s like everything good and beautiful about the last thousand years of Western history concentrated into a few square miles of marble and forests. Seriously, if you ever find yourself in England, don’t leave without seeing Oxford.

This is the first thing I saw after getting off the train in Edinburgh. Scottish stormtroopers, it turns out, are friendlier than the usual kind. 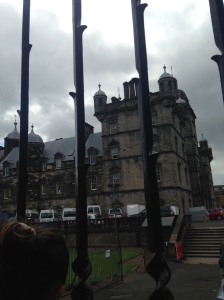 This is the boarding school in Edinburgh that inspired Hogwarts. 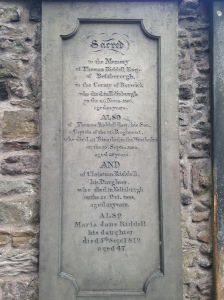 And this is the grave that inspired the name all wizards fear to speak.

And finally, this is the cafe where JK Rowling wrote the first Harry Potter book!

This is the view from the top of the Sir Walter Scott monument, the tallest memorial ever built to honour a writer. (And believe me, it was a chore climbing up there.)

Trinity College Library in Dublin! I’m pretty sure this is what Heaven looks like. (It’s also what the Jedi library looks like, but that’s only in the prequels, so no one cares.) 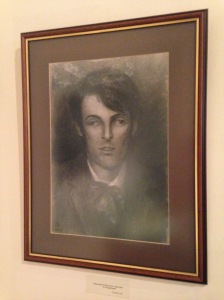 Yup. I went there. And it was a truly amazing experience. I think I made a pretty good companion.

You may recognize this restaurant from “The Impossible Astronaut.” It’s called Eddie’s American Diner, and their burgers are good, but the malts are rubbish. 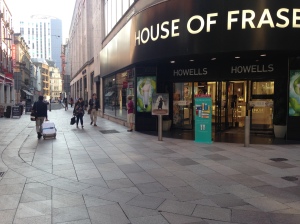 This street has stood in for several London streets, particularly the one where the evil Santa robots attacked in “The Christmas Invasion.”

Actually, pretty much every part of Cardiff has appeared on Doctor Who at some point. This is the shop where Rose met the Doctor (right before it blew up).

And to cap off my trip, I went and saw my first musical on Broadway in NYC. It was The Phantom of the Opera, of course.

Long story short, I shamelessly indulged my inner geek for a whole month, and it was probably the coolest thing I’ve ever done. I highly recommend it as a cure for dullness and everyday American reality. But now I’m excited to get back to inflicting my geeky thoughts on you lot again! Stay tuned!