There’s a new Marvel show on Netflix! Guess how I’ve been spending my weekends this month?

I was super excited for Jessica Jones, the latest “grown-up” entry in the MCU, for two reasons: One, it’s a companion show to Daredevil, and I LOVE Daredevil. Two, David Tennant is in it, and if David Tennant appears in a show, I watch it. End of story.

But now that I’ve finished the series, my feelings are…mixed.

Before I tell you all why, let me explain what the show’s about–just in case you haven’t seen any of the numerous trailers that have been blowing up the Internet. Jessica Jones is a girl with super strength and limited flight powers whose superhero career was cut short when she ran into Kilgrave, a man who can make people do whatever he wants, just by speaking. The show begins about a year after she managed to escape his control. Traumatized by her experiences, she makes a living as a private investigator and spends her free time on drinking and casual hook-ups–until she finds out Kilgrave is back. The rest of the season focuses on her quest to take him down before he becomes even more powerful.

There are a lot of things to like about Jessica Jones. Its narrative style resembles old-fashioned detective noir, which is all kinds of cool. The acting is fantastic, the writing is solid, and it’s nice to see a female superhero finally (FINALLY!) getting her own solo entry in the Marvel Universe. Also, the theme song is awesome. But I still don’t feel like I can whole-heartedly recommend it.

I knew going in that it was going to be dark. It’s related to Daredevil, after all. But Daredevil didn’t quite prepare me for Jessica Jones. It’s even more violent and gory, and it deals heavily with themes like rape, abuse, abortion, and suicide. On the “kid-friendly” scale, it’s about as far from The Avengers as you can get (which makes it kinda weird when the characters casually mention the existence of the Avengers, but I digress).

In fact, it was a little too much for me. Not so much because of the violence, or the gratuitous sex scenes (which I found distasteful but was able to skip), but because I didn’t like any of the characters very much. As dark as Daredevil got, the main characters at least were all genuinely good people trying to help others, even if they made mistakes sometimes. Even some of the villains were sympathetic. But not so here. Jessica is a bitter, angry alcoholic who has no qualms about beating people to a pulp if they cross her, and who, despite knowing exactly how it feels to be used by someone for their own selfish ends, spends a lot of time using others for hers. Although most of her issues are completely understandable considering her past, it’s still a bit difficult to root for a ‘hero’ who is more interested in getting revenge than actually saving people. And she’s the most heroic character on the show.

But of course you do root for her, because Krysten Ritter’s acting manages to make her sympathetic, and also because the guy she’s fighting is ten times worse. Kilgrave is, by far, the most evil villain the MCU has ever produced–partly because he represents the very real villainy of rape and domestic abuse. And what’s worse, for Whovians like me anyway, is that David Tennant’s performance in the role has a LOT of the Doctor in it. He uses the same accent and speech mannerisms, has similar dress sense (except with more purple), and even does the whole cute-smile-while-leaning-over-a-cubicle-wall thing at one point. Do you know how disturbing it is to watch my favourite Doctor be a psychopathic serial murderer and rapist? Really friggin’ disturbing. 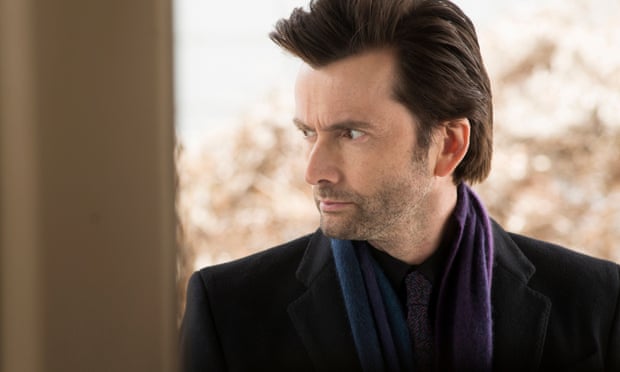 Jessica Jones is your show if you want great acting and a well-written exploration of the effects of trauma and PTSD, and don’t mind a heaping helping of self-centred jerk characters and lots of over-the-top gore along with it. Personally, I think I’ll stick to Daredevil, and hold out hope that Claire Temple might get her own show one day.