As I was deciding what to put in this post, I realized that I really don’t watch that many scary movies. Not sure why – I already have a really long list of spooky TV ready for the next post, and I left out several of my favourite scary books in the last one. I guess when it comes to movies, I tend to go more for the action and sci-fi stuff.

But I’ve got a few to mention. And if you haven’t seen these, then you should really be ashamed of yourself for having less scary movie experience than the non-scary-movie-watching Aldy.

I know it’s not considered “horror” as much as its predecessor is, but it’s still pretty darn scary. The tension just constantly builds and builds, through quiet drama scenes and crazy full-blown action scenes alike, right up until the end. Because that’s how it works when you’re trapped on a dead planet where acid-dripping aliens could burst out of inconvenient places at any moment. But it’s not just the masterly pacing or the awesome battle scenes that endear this movie to me. There’s just something about a woman who’s survived a lot of trauma bonding with an equally traumatized little girl, and then suiting up in power armour to battle a gigantic alien queen for said little girl’s safety, that really pulls me into a story. Ripley is still pretty much the character to beat as far as sci-fi heroines go.

Like many people of my generation, I watched this movie already knowing the Big Twist. (And I didn’t even have to read it on the Internet! Thanks, random kid in history class.) But this is one Shyamalan movie that isn’t ruined by its ending. In fact, once you know it, it’s a lot of fun to pick out all the subtle moments of foreshadowing that came before. It’s also fun to watch Bruce Willis with hair, Haley Joel Osment delivering one of the better child actor performances I’ve ever seen, some symbol-saturated cinematography, and a lovely take on ghosts that has influenced many a supernatural tale ever since. Once again, the characters are what make this movie great: I can sympathise with little Cole’s struggle to overcome his fears, and with the psychiatrist’s desire to atone for his previous failure. And the fact that I care about them just makes the mind-blowing, tear-jerking ending that much sweeter. 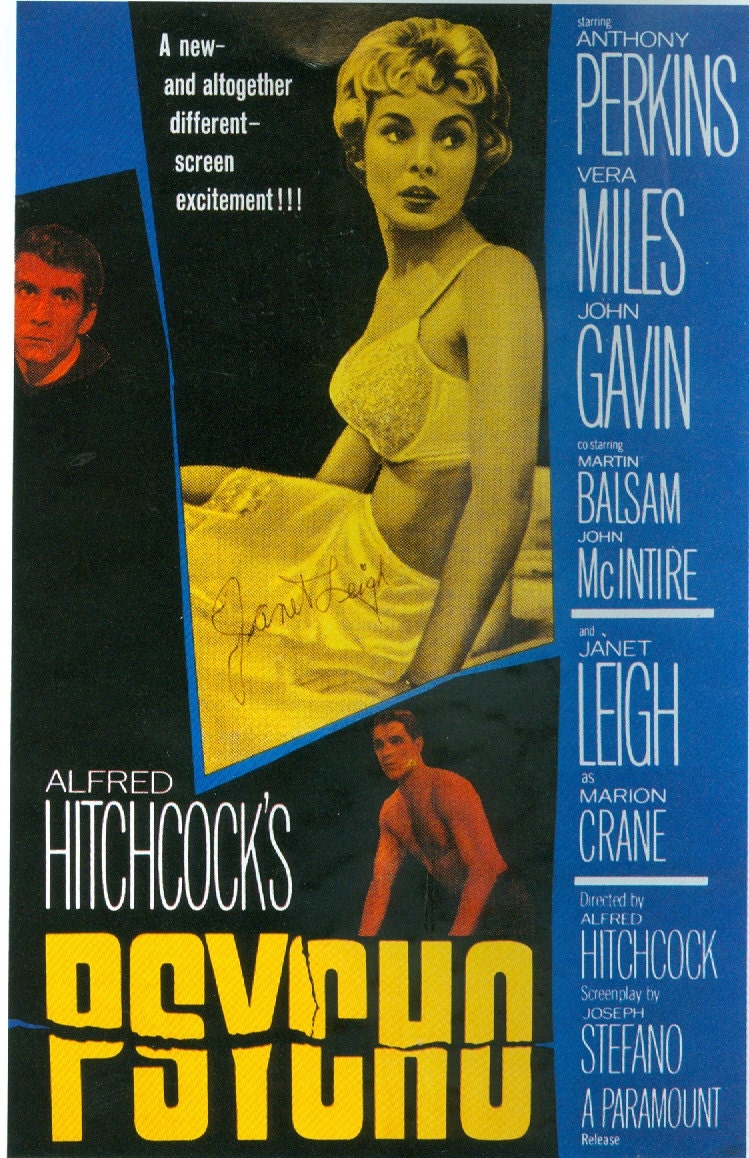 Also, can I just say BRAVO for the completely misleading and spoiler-free poster. Why don’t we make posters like that anymore?

And yet, sometimes likable characters aren’t everything. Here’s a movie with no decent human beings in it at all. It starts out with a woman stealing money from her employer and hitting the road like a petty criminal…and it ends with some utterly forgettable people arresting a far, far worse criminal. Yet it’s easy to see why it’s such a classic. I think the magic lies, again, in the slowly building dramatic tension Hitchcock did so very well – and in Anthony Perkins’ incredible performance as the titular “psycho”. Rarely do you see an insane serial killer portrayed with so much genuine sweetness and vulnerability. Even though he’s really the most messed-up character in the movie – one of the most famously messed-up in any movie – you do end up sympathising with him quite a lot. But that smile at the end is still the stuff of nightmares.

So, now that I’ve come to the realisation that I need to find more good scary movies…any suggestions?