As much as I love it, The X-Files is a bit like the little girl in the nursery rhyme: when it is good, it’s very very good, and when it is bad, it is horrid. Not every episode in its 9-season run is worth watching, but some of them are masterpieces. So it’s nice to know beforehand which episodes are absolutely unmissable. Here’s my list so far (having just finished season 5):

Scully’s dad dies unexpectedly, and as if she wasn’t having a bad enough week, she and Mulder have to race the clock to solve a kidnapping case. In order to do so, they consult a death row inmate who claims to be able to speak to the dead–including the late Mr. Scully. This is the episode that cemented Agent Scully as my favourite female TV character of all time, and Gillian Anderson as one of my favourite actresses. It’s the beginning of a long, glorious character arc for her. Also stars Wormtongue, being creepy as usual.

A team of researchers in the Arctic find something nasty buried under the ice–a parasite that makes its hosts violent and paranoid. The agents’ investigation quickly turns personal. It’s a suspenseful thriller of an episode that also tests Mulder and Scully’s newfound teamwork and loyalty to each other.

This is the first intentionally comedic episode on the show, and one of the funniest. Mulder and Scully investigate murders in a town entirely populated by sideshow performers. Begins with the world’s weirdest funeral, ends with the world’s weirdest way of fighting a monster. Mulder gets mocked for his good looks, and Scully eats a bug. Good times.

The agents are hunting a serial killer who targets fortune tellers, when they meet a guy who can only tell one kind of fortune: when and how a person will die. This, too, is a hilarious episode, but the humour is quite dark and morbid. Which is just the way I like it. It’s a bit of a tearjerker as well. 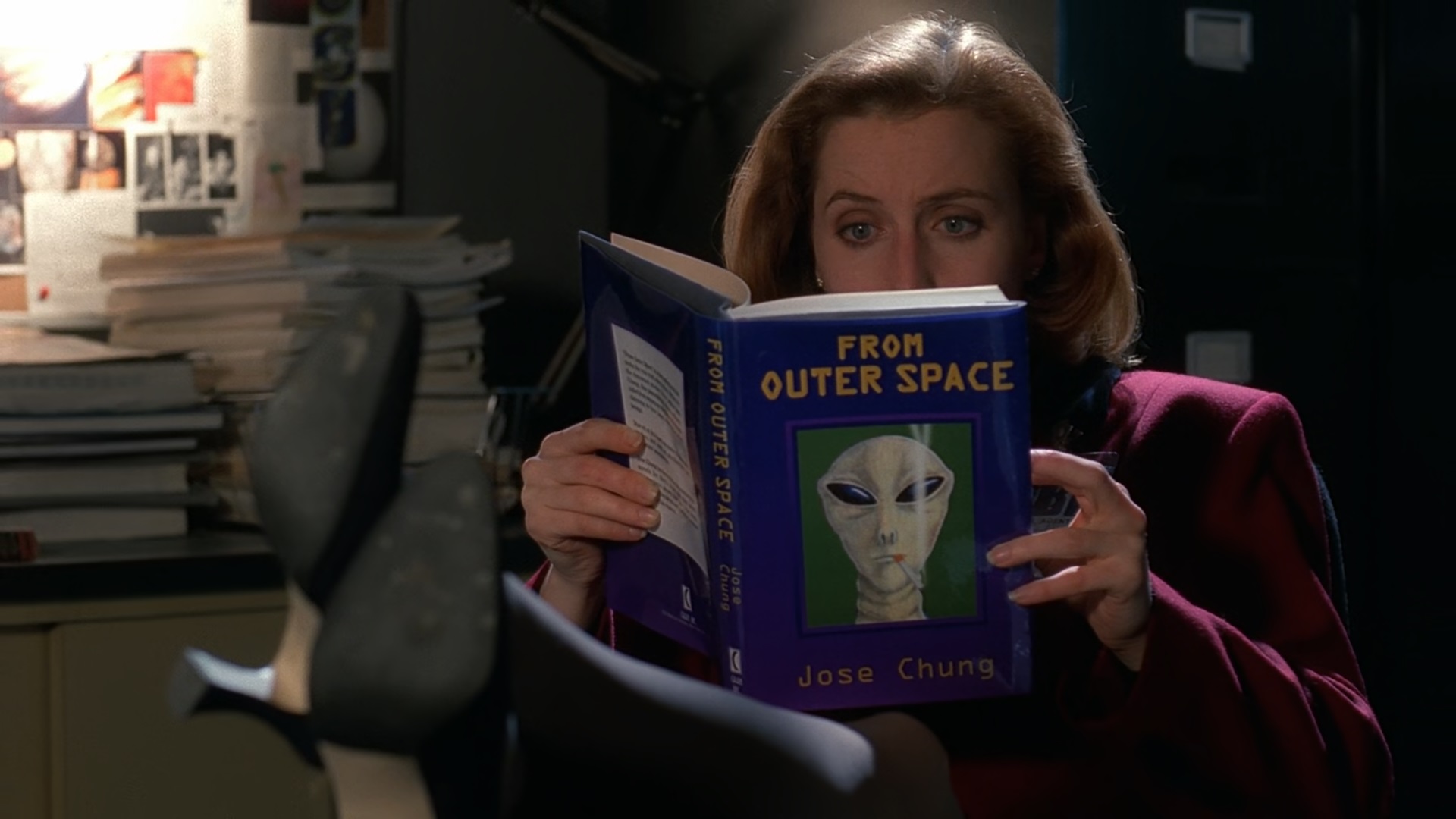 Maybe I should just cut it short and say that all the comedy episodes on The X-Files are great. But this one deserves special mention for being so brilliantly written. Two kids in a small town claim to have been abducted by aliens, but when a famous author decides to write a book about the case, he finds that no one can agree on what happened. Not even the investigating FBI agents. It’s the best use of unreliable narrators you’re ever likely to see on TV, which leads to much hilarity, but also some serious questions about truth, fiction, and how we can tell them apart. 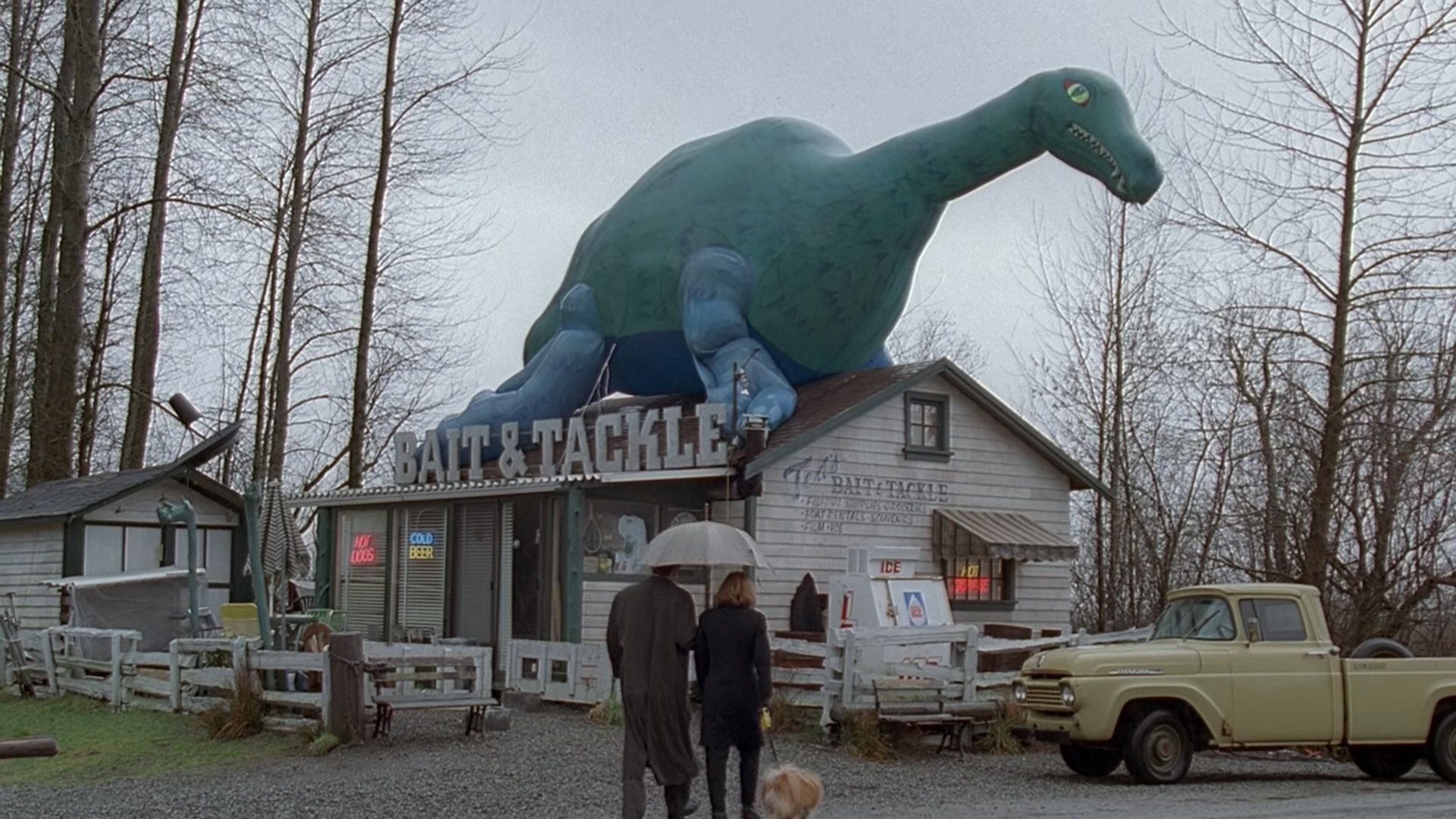 People are dying mysteriously near a big lake, and Mulder suspects an invisible sea monster is the culprit. While he and Scully are chasing what she firmly believes is a hoax, they learn more about each other and their growing (though still not officially romantic, grrr) relationship. It’s a sweet, well-written story with loads of character development for both our heroes.

This episode is infamous for being the only one in X-Files history to get a Viewer Discretion Advised warning (it was even banned from network television for a while). It’s easy to see why: it starts with three hideously deformed brothers burying an equally deformed infant alive–and that’s before we even get into the incest-related ickiness and the brutal onscreen murders. But what Wikipedia won’t tell you about “Home” is that it’s as funny as it is disturbing. The sarcasm is stronger than ever with our agents, and there’s even something darkly funny about the psychotic hillbilly family. And there aren’t many episodes on this show that do a better job creating suspense and atmosphere.

Musings of a Cigarette Smoking Man

The Lone Gunmen uncover some top-secret information about how an over-zealous anti-Communist soldier became everyone’s favourite cancerous Canadian. As supervillain origin stories go, this has got to be one of the best. It provides some much-needed insight into CSM’s motives and methods, making him a bit more sympathetic without making him any less evil. And it’s kind of hard not to like him a little bit after his parody of the “life is like a box of chocolates” speech from Forrest Gump.

That’s my short list, anyway. There are many other greats I could mention, if I had all the time in the world. Episodes you can skip include “Gender Bender,” “3,” “The Field Where I Died,” and any episode that attempts to pair Mulder or Scully with an alternate love interest (except “Fire,” which gets a pass because Mark Sheppard is in it). But those are a minority. Most of the time, you can’t go wrong with The X-Files.