But ever since someone decided that Doctor Who, Sherlock, and Supernatural go together like peanut butter and chocolate, “Superwholock” has become so popular on the Internet that it’s practically a fandom in its own right. For a long time, this puzzled me. As a Whovian and a Sherlockian, it was easy for me to see how those two shows work together. They’re currently run by the same people, star many of the same actors, and air on the same UK channel. Of course there are similarities between the two! But I couldn’t understand how Supernatural fit into that group. It’s an American show. I knew just enough about it to know that it has nothing in common with the BBC except for Mark Sheppard (and really, what speculative fiction show doesn’t have Mark Sheppard?).

But now, having added Supernatural to my list of fandoms, I understand. All three shows have:

1) Male protagonists of questionable sanity who fight evil (and tend to do it attractively). 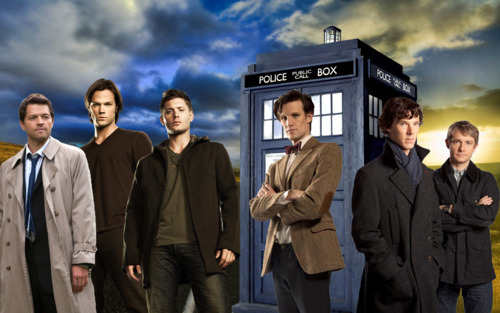 2) A habit of killing main characters and bringing them back to life.

I feel like these two would get along. They could form a club with Sherlock and just snark at each other all the time while eating chips. 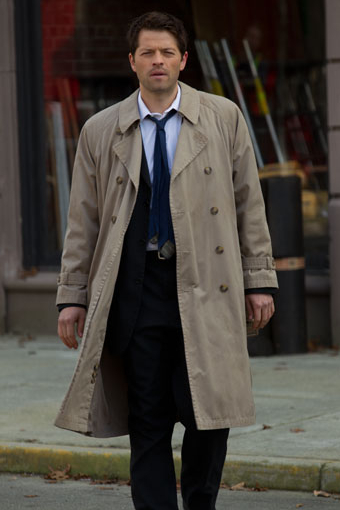 5) An insanely devoted (and possibly insane, period) fan base. Apparently, the three of them own Tumblr.

There are other similarities, but those seem the most obvious to me. Since these are my three favourite TV shows (with the exception of Firefly), I find Superwholock to be all kinds of fun. And some people have put a lot of work into making it believable. Seriously, Google it sometime. Just as one example, I’ll leave you with this trailer for the feature-length crossover episode that will, sadly, never happen. For your viewing pleasure: