I’ll be taking some time this month to highlight my top 10 favourite episodes of Supernatural. Please note that these will all be from seasons 1-6, because I’m not completely caught up with the series yet (I have a life! Don’t judge me!). Also note that they are in chronological order, because after narrowing it down to 10, I couldn’t rank them any more specifically than that.

As a result, we are starting with a season 2 episode (sorry, season 1).

Summary: After breaking one of the basic rules of survival in Supernatural–don’t go into abandoned buildings alone–Dean gets attacked by a djinn. He appears to wake up in a parallel world where his mom is still alive and he and Sam never became hunters.

Why I love it: This stands out to me as the first episode on the show that genuinely made me sad. It’s not like bad stuff hadn’t happened to the Winchesters before this point, but nobody I really cared about had died yet and I still saw Supernatural as mainly a fun, scary series about killing ghosts. Then “What Is and What Should Never Be” came along, immediately followed by “All Hell Breaks Loose, Parts 1 and 2,” and…well, that was the end of my illusions. 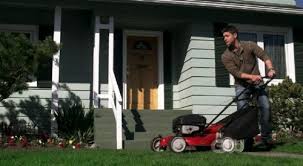 But what I like about this episode is that it’s very subtle by Supernatural standards. The angst isn’t whacking you in the face with a baseball bat; it’s sneaking up behind you and quietly slipping a syringe into your neck. At first, it’s downright heartwarming to see Dean visiting his mom and doing all the normal stuff he’s never been able to do, like mowing the lawn. Then you realize his dad is still dead in this “perfect” world (hmmm…what does THAT say about their relationship?), and then you find out he and Sam have nothing in common, and then the astute viewer will notice that his “perfect” girlfriend bears an eerie resemblance to his Reaper…and suddenly it’s not such a happy place anymore. And that’s all before the desiccated corpses start showing up.

Yeah, this is definitely one of the most important episodes to watch if you want to understand how Dean’s brain works (spoiler alert: his brain is really where the whole story takes place). Notice how his idea of a perfect world is one in which his family is happy (except for the dad thing), even if he himself is kind of a loser. And once he finds out that, in this world, all the people he and Sam saved are dead, it immediately stops being perfect, even by his standards. That says all you need to know about his motives for everything he does in the next three seasons.

This is also the point at which I started to respect Jensen Ackles as an actor. He may have been hired for his looks, but give the man a decent script and he can turn out quite the convincing, nuanced performance.

So this was a milestone episode for me, and I still think it’s one of the best as far as storytelling goes. Perhaps not the best thing to watch if you’re already having a bad day, though. For that, you’ll have to wait for future episode highlights.