Can you believe it’s November 4 already? I can’t; October seemed about five minutes long. But it is indeed November, and that means it’s time for a new fandom! This month we’ll be turning our attention to a certain blue box and the madman inside it. 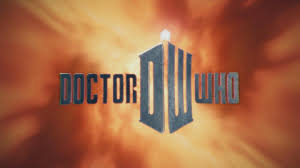 For those poor unfortunates who don’t know what I’m talking about, Doctor Who is a British sci-fi show that first aired in November 1963, got rebooted in 2005 after a 10-year hiatus, and is currently in its eighth resurrected season. It’s about a Time Lord (a kind of humanoid alien) named The Doctor, who travels all over time and space in his ship, which is called the TARDIS (Time And Relative Dimensions In Space) and looks just like a blue police call box from the 50s, except it’s bigger on the inside.

It’s even wackier than it sounds. But it’s also an incredibly fun show, full of great characters, witty dialogue, and lots of emotions. Plus the occasional scare. Watch out for those gas masks…

And it has gathered a pretty huge, dedicated fanbase over the years. Because Doctor Who has been around so long and changes so often, Whovians come in all ages, styles, and nationalities. We disagree on the best Doctor (yeah, he’s not always played by the same actor), the best writer, whether Classic Who or New Who is better and why, and whether Daleks are actually frightening. But one thing we all agree on: Doctor Who is fantastic!

And if you’re a true fan, you understood that reference.

This month I’ll be posting quotes, lists, rants, and lots of raves related to my favourite sci-fi show. And, yes, I do hope to post more regularly this month.