Part of what makes the Hobbit movies so hard to watch is remembering the greatness that came before them. The LOTR movies are not perfect adaptations by any means, but they’re about as epic as a movie can get. Do I wish the Scouring of the Shire could have made it into The Return of the King? Yes. Was Elijah Wood a bad choice to play Frodo? Yes. Did The Two Towers ruin Faramir? Again, yes.

But I still love them. There are many, many moments in each movie that still send chills up my spine, every time I watch them. Here are a few of my favourite movie scenes–the ones that come closest to doing the book justice. 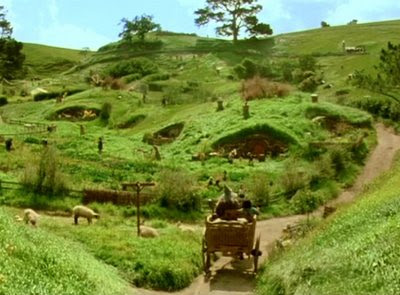 Reason number one why, if you haven’t seen the extended versions, you haven’t seen The Lord of the Rings. Since the rest of the trilogy is primarily about hobbits, it’s important to know what hobbits are like from the get-go. And Bilbo’s little narration, to the tune of a fantastic score, does the job perfectly. Hobbits are cute, funny, fond of flowers, and the toughest heroes you’ve ever seen. You can’t fully appreciate them without this scene. And ohhhh my gosh, the Shire is beautiful. I want to live there so bad.

2) The Mines of Moria

Not so much the battle scenes (though the Balrog is appropriately terrifying), but the part when the Fellowship first enter the Mines and try to travel through unnoticed. The huge stone halls, the mithril quarry, the book in Balin’s tomb–it’s all so eerily beautiful. And so exactly like how I imagined the Mines in the book. This is one of the few times the movies allow us to truly take in the mysterious ancient-ness of Middle Earth, instead of distracting us with lots of sword fights and such (they didn’t do such a great job with the Paths of the Dead). When Gandalf finally lights up Dwarrowdelf and we see all those amazing pillars cut out of sheer rock, I can understand why the Dwarves wanted to go back to Moria, even if there are skeletons lying around to show how stupid that was. Oh–and the moment of sheer terror when we hear the first drumbeat. That still makes me shiver.

Okay, for the most part, I’m not a huge fan of how the movies treated my favourite female character. They overemphasized her crush on Aragorn to the point where she looked like a silly fangirl, and I’m still mad they didn’t develop her romance with Faramir in Return of the King. But there were a few moments in The Two Towers that, I think, show her character beautifully. The first one is when Wormtongue tries to flirt with her (ewwwwww!) and she, very sensibly, storms out on him and stands at the entrance of the Golden Hall. At the same moment, the wind tears a flag off one of the spears that stand near the door, and it lands in the dirt at Aragorn’s feet. Perfect picture of Rohan’s (and Eowyn’s) desperation at that point in the movie. Then there’s her song at Theodred’s funeral. It doesn’t even matter that she’s not the greatest singer or that the words aren’t English. The song is so haunting, and the way she sings it….well, I can hear the “frost” in her voice that Tolkien described in the book.

4) Sam’s “There’s Some Good in This World” Speech

Is this not one of the most beautiful monologues in movie history? I sometimes play it in my head when I’m having a rough day. Helps every time. And it’s pieced together from several of Sam’s lines in the book! Have I mentioned Sam is my favourite character? Here’s half the reason why.

“But in the end, it’s only a passing thing, this shadow. Even darkness must pass. A new day will come…Folk in those tales, they had lots of chances of turning back, only they didn’t. They kept going. Because they were holding on to something.”
“What are we holding onto, Sam?”
“That there’s some good in this world, Mr. Frodo, and it’s worth fighting for.”

If you’ve never gotten choked up during that speech, then you are wrong.

As much as I hate the movie version of Faramir, you have to feel bad for him during this scene. And you have to hate Denethor. What with the heartbreaking song and the camera cutting between Denethor’s sloppy eating and Faramir’s brave and completely doomed charge, it’s hard not to break down just like Pippin did. Tolkien had a thing for doomed heroism, so I think he might have approved of this moment.

Also: Billy Boyd has a lovely singing voice to go with his lovely accent.

Another, not so doomed, cavalry charge. If there’s one scene in The Return of the King that looks exactly how I pictured it in the book, it’s this one. Six thousand horses (yes, there really are six thousand, thanks to digital cloning), all carrying valiant knights who are screaming Death at the top of their lungs–well, it’s no wonder the orcs looked scared. And the sun rises behind them, and they blow their war horns, and the music kicks in, and it’s literally the most epic moment I’ve ever seen in a film. I can’t imagine a better portrayal of this passage from the book:

“For morning came, morning and a wind from the sea; and darkness was removed, and the hosts of Mordor wailed, and terror took them, and they fled, and died, and the hoofs of wrath rode over them. And then all the host of Rohan burst into song, and they sang as they slew, for the joy of battle was on them, and the sound of their singing that was fair and terrible came even to the City.”

Okay, the movie version wasn’t quite that cool, but it was close.

Of all the many endings in The Return of the King, Aragorn’s coronation is my favourite for this reason. This is as close as the movie comes to showing just how tall all four hobbits have grown since they left the Shire. When King Aragorn starts bowing to you, you know you’ve done something special. You guys deserve it. (Especially you, Sam. But don’t tell the others.)

2 thoughts on “Adaptation Awesomeness: The Lord of the Rings”